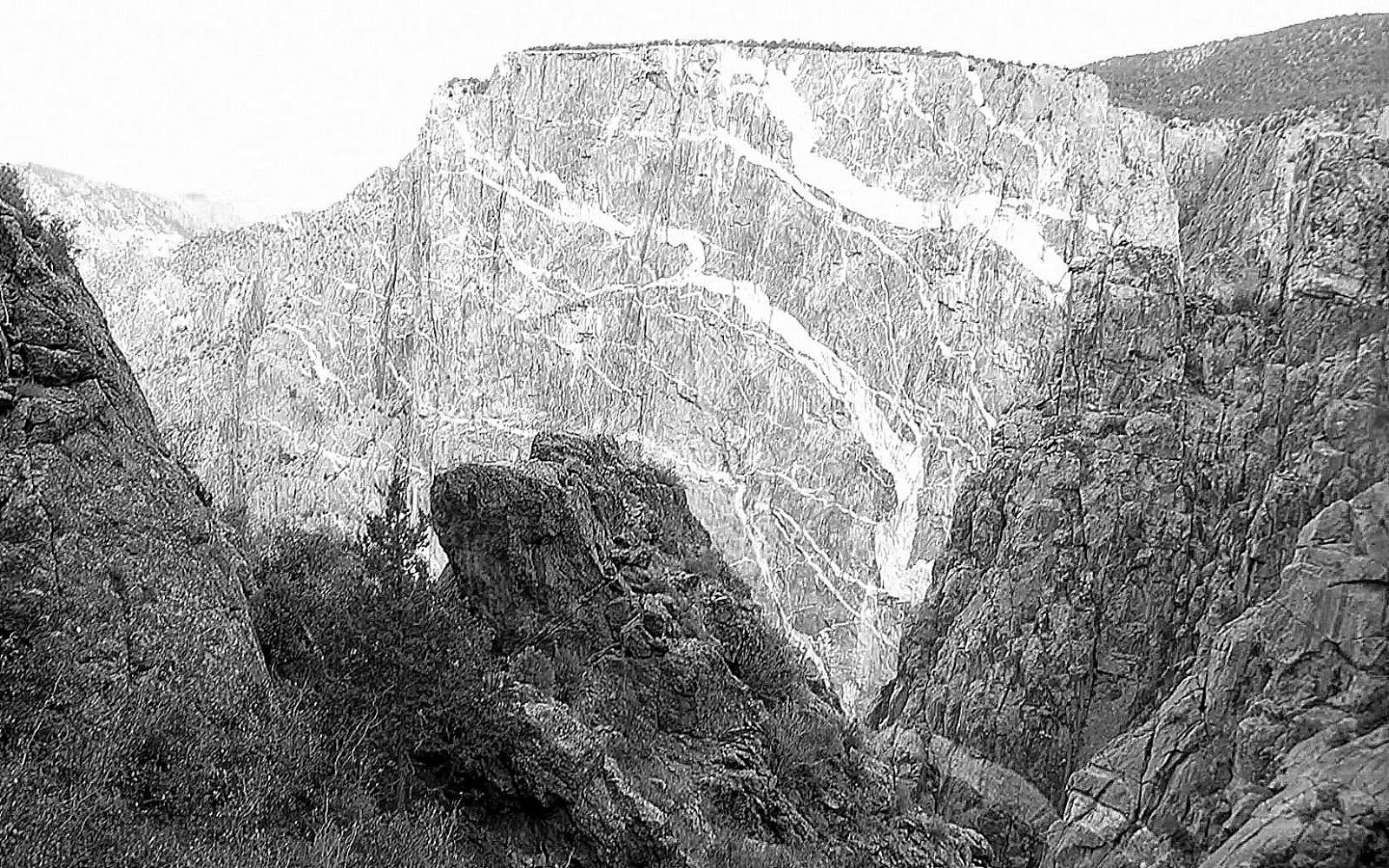 My passion for climbing elevated gradually.  There is no focal point for the shift.  Just an increasing trend from childhood John Long books to quick draw stocking stuffers hanging adjacent to the smoldering chimney of my frozen flatland childhood home.

In college I found someone with a car and enough trust in me to test out the How to Rock Climb techniques.

An enumerable amount of rad people.  They had climbed all over the world.  They had put up first ascents.  They tried HARD!
They inspired me.
They inspire me even now.

Crystal Davis-Robbins is one of these people.  I read about her Patagonian adventures in the American Alpine Journal.  I caught wind from friends who climbed with her in Durango.  My Canadian friends adore her.  Crystal was crushing it, Crystal IS crushing it!

We attempted to meet up in Bariloche this spring while I was in Patagonia.
Fail.
While bivying up near the Diamond this July we finally met.  I grunted up Ariana.  She chuckled up D7.  As I rappelled, we exchanged desire to seriously connect and climb.

“Black Canyon September 3-5?” my text message inquired.
“I think I can take the time off” she replied quickly.

Wednesday at noon my Subaru wheeled in—-a little late.  Whipping through the campgrounds, my eyes peeled for the green Ranger.
Not there.

Out climbing? I would be.

I drove the rim, spot the truck.  Peer over.

Having never been to the South Rim I thought I would explore the Astro Slog rappels.

As I was driving away, a truck passed.  Crystal was in the back waving.  She had hitchhiked (after running for awhile barefoot) from the campground I had just blazed through.  The nice folks drove her around the rim drive to find me.

Crystal spied a route we could warm up on, so we dove right in.  Climbing a dirty ass splitter.  We thought it might be new, but the fat ledge at the end of my pitch had a cairn.  Super dirty.  Super splitter.  We trundled many rocks.  Crystal led us to the top via another perfect corner ending with a typical Black Canyon thorn wrestle.

Dinner.  Our plans were open.  Astrodog?  Crystal had done it.
New routes established by friend Jonathan Schaffer?  Por que no?
He easily convinced us over the fire Wednesday evening.

Cheezin’ together!!  Jonathan would be climbing nearby.  Juan (Crystal’s husband) and our mutual friend Cole would also be climbing another route nearby.

Thursday 8:30 am meet-up.  We descended.  Then descended some more.
Not sooooooper early for a river to rim kinda-day.  Didn’t quite know we were dropping down so low.
Oh well.

There is no cheezin’ in the Black Canyon.  There is only crawling your way out.

Crystal and I had a topo for the first tower.  Good climbing, 5.11, with the typical Black Canyon run-outs.

I had a topo for the second tower on my camera and we had the beta for the descent from the first tower in our heads.

Cole and Juan were not too far ahead.  We trailed them on the last few pitches of Tower one and upon summiting spotted their position on the second tower.

Making a mental note of where to aim.

We descended tower one no problem.  A chimney down climb, a short rappel and a quick gully jaunt to the base of the next tower.  We bush-wacked around.  Looking back, we think we were deceived due to the boys positioning.  A 5.8 hand crack did not present itself….or at least I didn’t think so.

I ascended a sort of hand crack, then climbed right into a broken and blocky dihedral.

I belayed at the start of a bushy mess.  Crystal played through the jumble and started up the splitter we had seen the boys at the top of.

She belayed mid-pitch.  As the crack jogged right it turned “wide,” Crystal observed.
I had the number 4.
Earlier in the day I humped the shit out of an exfoliating rounded corner splitter tipping out a number three.  Ops, we gotta remember to pass along the 4!!

I climbed up, geared up and went up.

The sun.  It flirted the skyline.

I went up a number 5 sized crack 20-25 feet with our one tipped out number 4.  A stance provided itself on the left.  I placed a blue alien and a .4 to bring Crystal up.  One pitch, now becoming 3!
The wide crack continued up 20 more feet and then jogged left finally diminishing in size.

Crystal crushed it.  That is what she does.

The sun had set.  That is what it does.

I led another pitch with a spicy face traverse.  I brought Crystal up and we simul-climbed the last little bit of Tower 2.

My camera display smashed in the off-width.  Didn’t matter really.  We didn’t have a description for a descent of Tower 2.  We had our vague recall from the evening before mixed with the ten other routes we were deliberating between.

A rappel.  A chockstone bridge.  A tower.  A third tower.

Fuck?  Really, I vaguely remember a discussion of having to climb 3 towers.  Well……

So I climbed up an adjacent tower.  It was rad.  The moon glimmered.

I reversed the 100 feet of climbing.

Crystal’s turn to scout.  She descended a bushy chimney.  A ledge appeared but below her a vast gully continued to drop and wrap back around to our original descent from the morning.  Who knows how steep or how much gear would be left.

The third tower was the summit, we could see the top.  The look-out.  The tourist spit-off point, with carved logs and trashcans.  So close.  SO CLOSE!  Just gaining access it to it seemed impossible in the dark.

I joked with Crystal that I had been hoping to spoon, I get benighted once a year—-it was time.

We were snuggled in for 10 minutes when headlamps and a ‘Caw Caw’ came echoing from the rim.

With a little bit of moonlight left, Cole and Juan hollered vague directions of descent, traversing, ascending, rappelling and ascending one last time.

We botched a little bit more of the their directions but perfected the art of laughing and climbing via a fading headlamp and no more moonlight.

Somewhere along the way I put Crystal on belay and heard, “Shit….I lost my shoes!”

Your rock shoes or your approach shoes?

Thank GOD, I secretly thought.  We were ‘two easy pitches’ from the top and all I wanted to do was share the burden.  I didn't want to HAVE to lead.  What a selfish sissy!

I climbed the wide chimney the boys — now long gone to bed—- had landmarked for us via headlamp.  Pulled up to a bushy block with a starry sky filling 90 percent of my vision.

We untied.  We scrambled the 50 feet more over boulders and thorns.

A dirt path meandered to pavement.  To things.  To sure comforts.

It was 5:00 am when we reached the car and slammed a beer that was left on the windshield.

Posted by Quinndalina at 2:29 PM No comments: